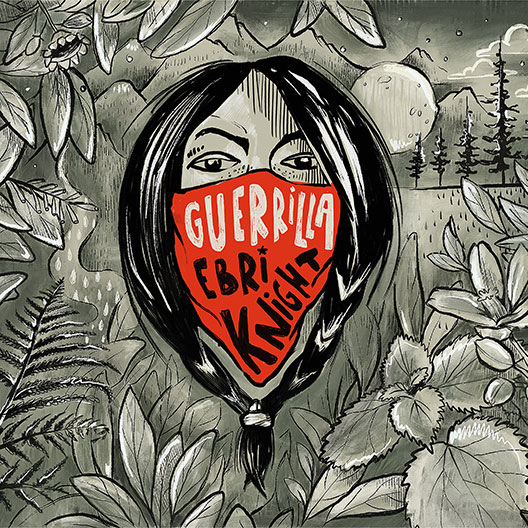 Lyrics: Ebri Knight based on Christy Moore’s ’Viva la quinta brigada' and the poem 'The day is coming' by William Morris.
Music and arrangements: Ebri Knight

When the flowers are all in bloom
and the darkness claims to rule
ain't no choice for us but crash
cause the spring is all over us.

When you hear the whistle blow
when you feel the storm approach
let convictions melt the snow
gather 'round our blazing torch.

We fight against the force of evil.
Our life cries out beneath the sun.
From every corner we came sailing.
To keep the spring let's hold the gun.

When the bells are tolling loud,
and their music drives you mad
it's for you they're beating strong
it does talk 'bout you that song.

When you hear the hunters bark,
d'you recall your fellows’ words?
Ain't no choice for you but stand.
Raise your fist, defend your land!

We fight against the force of evil...